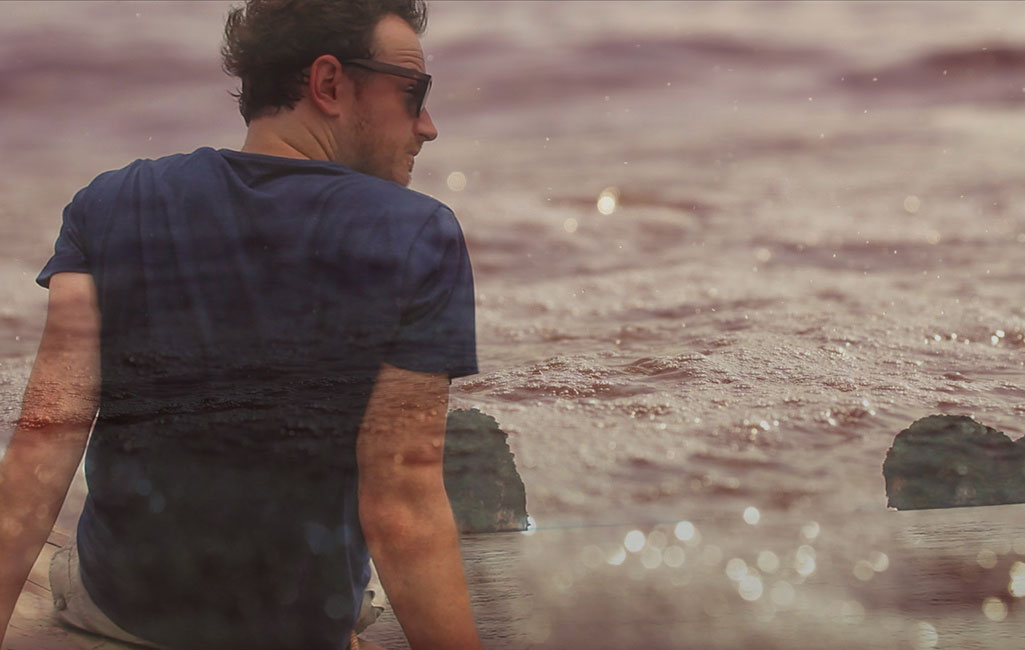 Why The Smart Decision is Not Always the Right Decision

Petrichor is the lingering scent that follows the first rain after a long period of warm, dry weather. It is my favorite word and the one with which I wanted to start this blog. It is, after all, the smell of new beginnings.

I love thunderstorms. I find comfort in the gentle rumble and delight in the violent crack of thunder; the way the rain smells on the wind just before it arrives and in the earth just after its gone: Petrichor. I love the encroaching darkness across the sky, the swelling sounds, and the vision of rain curtaining the horizon. They inject a sense of calm, renewal and forward motion into the stasis of daily life. I don’t make a habit of walking out into the rain but there was one time I couldn’t resist.

Seven years ago, I quit my job and flew to Fiji. It would be the first stop of a yearlong circumnavigation. Sounds nice but choosing to leave at the time was one of the hardest decisions of my life.

Growing up, I had an advantage. I was always one of the lucky ones who knew what I wanted to do. “You’ll make it,” said a friend’s father once, “Because you know what you want to do.” He likely was right at the time. I earned a degree in my passion, film direction, and had a plan to move to Los Angeles to pursue work that I loved. But during my senior year, rather than study abroad, I spent 7 months in the offices and on the sets of Hollywood. To my unfortunate surprise, I hated nearly every moment I spent there. It wasn’t the work — I knew that I loved filmmaking itself — but it was the politics of the industry and its people. For the first time in my life, I’d lost clarity in what I wanted to pursue. When I graduated, rather than chase my dream, I’d lost hold of it. I woke up to “the real world.” My dream was forgotten in the long, sheltered night of childhood and I found myself staring confusedly at the beginning of my day like everyone else. So I applied for a few jobs and received an offer to work in marketing and operations at a promising startup in my hometown.

This is a good problem to have but that does not make it easy. I was never impetuous. In our twenties, we’re petrified of failure. School trains us to be perfect and then releases us into a society in which failure is not just in abundance but a part of the equation. We’re told a departure from our careers, or taking a year off, will result in our falling behind our peers or classmates. I remember fearing what a potential employer might think if my résumé had a year unaccounted for, left blank: A gap year. What a misguided perspective that was but I was trying to do my best. I was trying to avoid a mistake.

I stared at the flat horizon of my cubicle every day for three years. I was miserable but I stayed because I thought it was too difficult to do anything else. I stayed because everyone told me I should. It’s what we’re supposed to do. Even as the company floundered in a failing economy and slowly collapsed, I stayed. Even as the people running the company became increasingly deceitful to everyone involved, I stayed. Even as the workload lessened and I became routinely bored, I stayed. Even as I deprived my imagination of stimulation, I stayed. I believe imagination is a force of nature. It’s what separates humanity from other creatures. It is our greatest tool in dreaming big. If I couldn’t imagine my own way out, then I knew I was really trapped without escape. And as I stayed longer and longer, my imagination slowly suffocated.

Then something happened. In a last-gasp to jumpstart my braindead creativity, to find feeling again in the numbness of routine, I began spending time in a nearby book store during lunch. Sitting on the floor of Barnes & Noble, I lost myself in a copy of Ewan McGregor’s Long Way Round, a casual narrative of his journey around the world on a motorcycle. It was hardly my favorite book but there was something in the words, the way they landed on my heart, that rippled within me. I could barely put the travelogue down to return to the office. When I did, the stories returned with me.

And yes, I realize what just happened: I needed guidance and I found it in Obi Wan Kenobi…

But that was exactly the irony! Ewan was so burnt out from doing Star Wars, the sort of work I had always considered a dream, that he needed to feel invigorated again. So he turned to the one desire I’d been putting off: Travel. Sure, as a movie star, he had a lot of disposable income but he also had a wife and children, plus crippling celebrity, limiting where he could go without being recognized and consequently mobbed. How does one have an authentic travel experience when they themselves are always the attraction? With Star Wars finally behind him, he was a hot commodity with a fleeting stream of job offers he’d likely never see again but he was choosing instead to travel. He was choosing the right decision over the smart decision for himself. What I later realized was that he was missing something that I think we’re all searching for: The feeling of being more alive. In his words, his exasperated desperation, I knew Ewan heard the very same call to adventure that I did now more clearly than ever. But he’d answered it and, there in the sterile, corporate book store aisle, I was regaled with outlandish stories from far-flung places that suddenly seemed relatable and undeniably attainable. Like Ewan, I only had to do it. My favorite stories were from The Transsiberian Railway and the more I read, the simpler it became: I had to go. Then one day, on my walk to lunch, I stepped into a travel agency.

Two weeks later, I was out. I purchased a round the world ticket, abruptly announced to my girlfriend that I was leaving, and began to pour through packing lists and visa requirements.

I stepped off the plane in Nadi, Fiji, and onto this horrible, horrible boat ride taking me from island to island. We were sliding over ten foot waves and then slamming violently down into the ocean with a crack. Half the passengers were throwing up over the edge, if they were even lucky enough to make it there. I had hoped to make it to the final island and work my way backwards but I needed to get off this boat. I arrived to a thatched resort on a small, barely developed island and dropped my bag at the foot of my thinly-mattressed bed laced with mosquito netting. It was a large room. A tall British girl with sweaty brown hair waved from her bunk at the end of the row of beds. I smiled weakly before walking outside. There was a faint drizzle slicing through the humidity. In the center of the property, everyone had gathered for dinner on picnic benches beneath a small pavilion. Just a bunch of backpackers of all ages, laughing and waving the flies from their rice and drinking bottles of bitter ale. I sat down, listened to the accents, took a breath, looked up, and said hello.

Then it began to rain.

And I don’t simply mean raining. In an instant, I saw before me the hardest rain I’d ever seen in my life. I remember thinking how phenomenal it was. I thought, “I need to see this… No, I need to feel this.” So, while everyone remained huddled beneath the dry shelter where they could safely watch the weather, I stood up, walked out into it and, immediately drenched, sat down in the sand along the shore.

I couldn’t hear the waves over the rain. The heavy drops bore into my shoulders. I could open my mouth and look up and drink down full gulps of water. It was a cold relief from the humid day, yes, but far more than that.

I could feel the misery of three years spent doing unfulfilling, soul-crushing work rinsing away with each explosive drop. It ran off my shoulders and into the sand where I left it buried behind me. In this moment, I was overcome with a sensation that I recognized yet had rarely felt before, one of being fully awake in the present. I didn’t care what anyone watching from the pavilion behind me thought of the strange, American newcomer, sitting alone in the tempest. I didn’t worry about the future. I didn’t worry about decisions. I didn’t worry. Instead, I saw myself in this moment sitting only there beneath the blanket of rain. So quickly since I’d left, I had found what I didn’t realize was missing…

I walked away from that sublime beach unburdened by the past and ready to begin a new chapter in the narrative of my life.

Sometimes your instincts might run counter to logic and expert advice, your heart up against what’s smart, but we need to learn to intuit the signals we send ourselves by looking within for the source. This is difficult. Travel can help us get there and our own creativity is the cipher. In this process, we can begin to better understand what it is we’re really after. Then we can examine the risks of pursuing this and who it might impact. And then, finally, we can let it wash away.

That is why I love thunderstorms and it’s why I love petrichor, the smell of new beginnings.

This was my beginning then, a beginning now for Holocene, and the first piece of a book I’m writing for you. If any of this resonated with you, sign up for more below. If you’re interested, you can pre-order a copy of the book here. Or sign up to be notified when it goes live here.

If you’re interested in starting your story, join Holocene, a community of travelers and independent creatives breaking down the barriers between where they are and where they want to be.

I’m a lifelong international traveler, the host of The Travelers podcast, and founder of Holocene, a framework and community for writing the story of your life using travel and creativity.