Become a part of a collective of creatives and travelers.

You're not alone in this. Welcome to a co-created platform empowering creative travelers and anyone striving to find the experience of being more alive.

Find transformation through curiosity and creativity.

Holocene is a brand new collective connecting you to a world of travelers and creative individuals to help you meet up anywhere & explore further. We believe the best experience of life is embracing your curiosity to find creativity and connection and that travel can be more than an escape but a vehicle for inspiration, clarity and even healing. If you want to travel more and find yourself hungry for a change in life, then Holocene is for you. We’re breaking down the roadblocks. Are you waiting on friends or a partner, hesitant to travel alone, struggling with finding time or affording the trip, stuck in a career or lifestyle you don’t love, or creatively unfulfilled at the end of the day? We’re solving your problems together.

Space is limited and membership is exclusive. We only open up a hundred spots at a time and using just one of our airfare, hotel or travel deals can save you far more than the cost of membership.

Holocene has been a fundamental part of helping me include more travel in my life. When I joined, I was unhappily working at a desk job and the community here helped me move out of that and into something that brings me joy. After quitting and going on a three month journey, I am now moving halfway across the world to follow my passions. Having a group of people that I can talk to at anytime and that understand where I am coming from has been so great for me and has steered me on a journey that I never thought possible.

Your phone notifies you that there’s a $200 mistake fare from your city to Rome next month.

You impulsively book a ticket, saving you $1000s on airfare. You fire up #Holocene Community and head on over to the #rome channel where you share your excitement and ask for boutique accommodation and restaurant suggestions. You scroll through Holocene’s curated selection of inns and hotels to secure an exclusive discount and read stories of the people waiting for you in the local shops of Rome. Meanwhile, you’re getting amazing recommendations from like-minded creatives over in the #rome channel.

You discover some of your fellow #rome lovers live nearby and you might as well head over to your hometown channel to see who else wants to meetup for brunch this weekend and talk about travel or lifestyles.

A few months later, you’re doing the same thing in Rome, making friends over a cappuccino in the Campo de’ Fiori with creatively minded local Italians, fellow travelers and ex-pats living there.

Welcome to #Holocene, where we break down the barriers between you and uncertainty. Together. 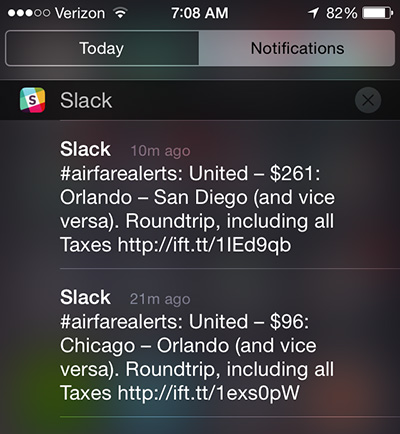 Get the best flight deals, connect with creative travelers, chase your dreams, and find the confidence to explore the world on any budget.

What is it you've always dreamed to do but haven't yet?

Missed out on that $178 flight to Abu Dhabi? Get alerts sent to your phone and never miss a mistake fare again. This is not just for error fares but for all flight deals. Save up to 70% off.

Collected and curated points and miles deals you don’t want to miss. Become a travel hacking pro and see the world for as close to free as possible.

With our exclusive search engine, find discounts on hotels in thousands of cities around the world. Book once and your Holocene membership pays for itself!

Conversations and intimate connections with like-minded creative wanderers, fare alerts, and more. On your desktop and phone.

Need help taking your idea to reality? With membership, you get access to experienced travel and location independent experts and coaches dedicated to helping you get there.

Online and offline get togethers to find encouragement, support and motivation to manifest your dreams.

Become a contributor to our blog and let your creativity open the door to new opportunities. Get published and learn from others to sharpen your skills.

Holocene is a creative collective and you’re a part of it. We work with some of the largest travel influencers in the world and partner with amazing destinations to tell inspiring stories. Join us.

Need help making your dream into reality? With membership, you get access to experienced travel and location independent experts dedicated to helping you get there.

Who We’ve Worked With

Here’s how it works.

Live, ongoing and easily searchable conversations about travel, work and life. Jump in and say hi, get your biggest questions and concerns answered quickly and make new friends with real, like-minded people.

Works on any device

Desktop, tablet, smartphone… no problem. Slack is built for every platform and device. This makes it perfect for the modern traveler, who needs information on-the-go.

Don’t want to miss out on an important message or that next mistake airfare? You’ll get automatic updates sent directly to your phone so you won’t miss a beat.

Slack is a cross-platform, chat-based communication platform. This tool allows you to more intimately connect in real-time with other members from any device, anywhere in the world. It also allows the community to send you push notifications on topics you choose to be notified about. We think you’ll love it.

By becoming a member, you’re joining a trusted collective of creatives and travelers who love to explore the world to better know each other and themselves. You’re empowering yourself to explore more and gaining a platform to help you showcase your creativity.

Members get exclusive access to our collective who can help you plan your trip, nudge you in the directing you want to go, and meet up with you on the road. You’ll get first access to publishing opportunities on our blog. Plus, we make it a no-brainer because you’ll save well beyond the cost of membership by never missing airfare deals or travel hacking promotion, and get 10% off our adventures and retreats.

“I’ve been really impressed with the conversations happening. It's shaping my up to be my favorite place on the Internet.”

“I’ve known for a long time that social networks aren’t my thing, sharing what I’m up to or what I’m thinking with others just doesn’t appeal to me that much. Holocene feels like the exception to that rule.”

“I love being surrounded by REAL people who talk about REAL things.”

Amazing people to help with projects and travel advice

"Holocene is a way to instantly connect with experienced world travelers, share in magical experiences, and get support for living an adventurous life."

Refund policy: For our annual membership, we offer a 24 hour trial period, no hassles. We want to be sure you like what you see. If you don’t, then we’ll happily refund your membership, no questions asked. After 24 hours, your membership is non-refundable. Monthly members can cancel at any time and membership will last until the end of the month. At this time, we cannot offer refunds for monthly memberships. If you leave, you’ll have to wait until we reopen the doors to rejoin.

Learn about where our name comes from and what it means to us.

To see The Holocene, all you have to do is look around you…

Get the Curiosity Quick Start Guide (PDF) and The Creative Travelers Toolkit (PDF) with 10 must have tools and 15 stories to help you get started living and sharing your stories. Plus, get access to Holocene's Marketplace with over 300+ resources for transformative travelers.

Welcome! Check your email for the all the goods! Plus, we included a little surprise...